This past weekend, I finally watched the latest Star Trek movie (quite entertaining). In reconnecting with the franchise, it reminded me how innovative Gene Roddenberry (and his writers) were in developing some remarkable ideas, like the Transporter.

But despite the “genius” of Roddenberry’s ideas, it’s a stark reminder that ideas aren’t inventions; meaning just because you’ve thought of something doesn’t make it your invention. Last time I checked, Gene doesn’t have a patent on the Transporter, the Replicator, the Warp Drive, or any other Star Trek created idea. Turning ideas into reality is hard, and that’s where the true genius is – let’s not forget the words of Thomas Edison:

Here we’ll explore the requirements for an “invention”, and the stages for successful commercialization.

What you need for a patentable invention

According to the USPTO, “a patent cannot be obtained upon a mere idea or suggestion”. So, there has to be some real manifestation of the idea in order to protect your IP (for more information check out this link). However, having an invention alone is just a ticket to entry, for an invention to be patentable it must meet the following criteria.
[Disclaimer: I’m not a lawyer and hope to never be one]. 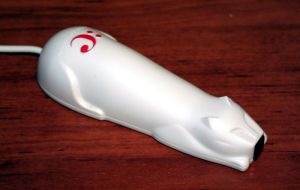 Defensible technology does not ensure success. I don’t need to go into much more detail here, as I focus a lot on this topic; however, extra credit goes to anyone who can identify the object in the image to the right — which is the epitome of this rule.

Actually, Derek Sivers does a better job at illustrating this quantitatively, in his post “Ideas are just a multiplier”. Basically he says that execution determines the return on a venture, where the quality of the idea is the multiplier.

Good Businesses May Not Have Patents 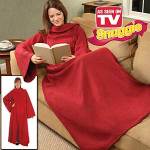 I know it’s hard for the venture-backed-startup-mindset crowd to realize, but across many industries, success can be had where there is (gasp) no defensible technology (anyone know this image?). Again, we have, and will continue to discuss this further on this blog.

Debunking cocktail party logic
OK, so nothing earth shattering here, but a reminder that having an idea is only the beginning of the journey: you have to develop the technology, find a market, and build a business if you want to turn that idea into something lucrative. So feel free to reference this post the next time you hear any of these classic gems come up at your next cocktail party:

By the way, for those in the neighborhood, feel free to catch Lime Design’s presentation at the MIT Enterprise Forum event tomorrow night to hear the story of Lime Tree Cove’s Barmaid, about how we turned an idea into an invention, and what we’re doing to turn that invention into a business.

Tell me what you think Cancel reply

This site uses Akismet to reduce spam. Learn how your comment data is processed.

My Blog is featured on Guy Kawasaki's "Alltop", as a top innovation blog.